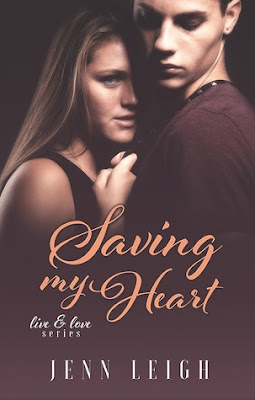 Blurb:
Cassie Bradley had been through hell and back, suffering the worst types of atrocities at the hands of her former foster family. After becoming a runaway, a chance run-in with her actual family had made Cassie’s dreams come true. Years later, she headed off to college to new friends, new experiences, and a seemingly fresh start on life. Just when you thought things had settled down for Cassie, though, the darkness of her past came creeping in.
Noah Grainger was the typical all-American college student: great friends, star baseball player, studied hard and played harder. The start of his sophomore year was looking awesome … until he met Cassie Bradley, the painfully shy girl he just could not stay away from.
Cassie and Noah worked through many obstacles in their new relationship, but when her dark past reared its ugly head, would they survive the fallout? 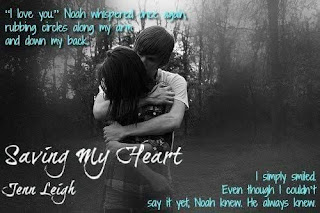 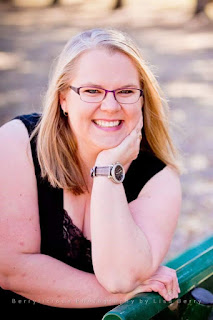 Jenn Leigh is an administrative professional by day and a domestic engineer by night with a splash of author when the time is right. Married with two children, when not wrangling her kids and people in her profession, Jenn likes to read, write, go to the movies, and play sports. She plays soccer, volleyball, and flag football on a regular basis.

Jenn has always had a knack for writing, but she admits to being scared of the process, and as a result, she tamped down her desire to write until recently. When a story needs to come out, it just makes itself known, and thus started Jenn on her journey to becoming an author. Her goal is not fame or fortune, just for readers to enjoy the story as much as she enjoys writing it. 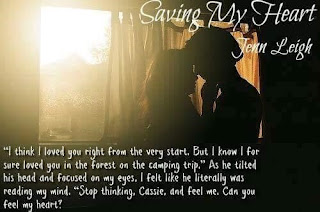 “I think we need to celebrate,” Noah stated as we sat together on the front step of my house, needing some alone time.
“What? Why?” I questioned.
“To turning over a new leaf, a fresh start—you name the phrase. Let’s go and celebrate it. I want to take you out some-where nice.” Noah watched my face for a reaction.
I can honestly say that nothing seemed to faze Noah, and that scared me. Mostly, it was because all of this was foreign territory. I had taken to heart everything he had said to me in the woods that day, and I was still trying to be less … stand-offish. However, it was hard to switch gears from what you had always known to trying out something new.
“Stop over-thinking it and let me do this for you. You deserve it.” Noah really didn’t have to convince me. I just needed to convince myself that I was worth it. I wasn’t there quite yet.
I blew out a breath. “Okay.”
I heard Noah let out a big breath as he got up from the step. “Great. I’ll pick you up at seven.”
I looked back at him, confused. “That’s, like, four hours from now.”
“Yes, it is, Sherlock. Now go and get dressed.”
I scoffed. “I don’t need four hours to get ready.”
“Ah, ah, ah, beautiful. No thinking bad thoughts. Go and take a nap or do something else with the four hours. I’ll be here at seven.”
The next thing I knew, his lips were on mine.
To say I was shocked was an understatement, and my first response was to push him, which I quickly did.
He moved back just enough to gauge my reaction, stating, “I’m not sorry I kissed you.”
My lips were warm and tingly where his kiss lingered. I touched them to see if what I was feeling was real. I mean, his touch always made me feel warm and tingly, but I needed to know I wasn’t imagining that feeling.
I watched his eyes dance with mirth and something else while he watched me work through my thoughts. Then I pulled him back to me and looked in his eyes. The look he gave was an approving one. Little did he know it was sheer curiosity that made me do it.
I kissed him this time, bringing my hands up to his neck and lightly touching his hair, not really sure what to do with my hands. This made him hold me to him more tightly, but it also freaked me out a bit, so I pushed him back again. This time, our labored breathing was equal.
Noah stood to his full height. “I don’t have words, Cassie, but I can tell you with absolute certainty that I have never felt like that from just a kiss.” It was barely above a whisper, but his sentiment was loud enough for me. 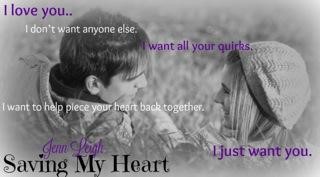