Today I want to talk about some powerful girls in books and this week on Top Ten Tuesday I can 😀 This week’s topic is “Top Ten Books Which Feature Characters Who _____ (are musically inclined, have lost someone, have depression, who grow up poor, etc.).” I love a good book with a strong female lead, and since a majority of what I read is young adult dystopian these girls are usually the heroine of the book as well. My list is in no particular order and as always titles/covers link to Goodreads.

Katniss Everdeen from The Hunger Games is probably my all-time favorite heroine 😀 She is kick-butt, loves her family, and very rarely thinks about herself. Instead she focuses solely on what will save her family and when she is thrown into the arena, yes she focuses on what will keep her alive but only because of what winning will bring to her district. Honestly she’s awesome!!! Tris Prior from Divergent another all-time favorite, she stays true to herself even when that means leaving everyone and everything she’s ever known. I love her 🙂 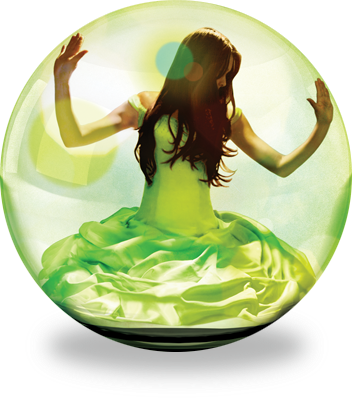 Cassia Reyes from Matched was the start of my obsession with young adult dystopian. Matched to her best friend and in love with someone else, she fights the very broken system in an effort to gain back the freedom that they’ve all lost to their tyrannical government. She’s smart, follows her gut and her heart. What’s not to love?!

Hermione Granger from Harry Potter is one that cannot be left off this list. She’s the smartest wizard of her age and let’s think about it for a minute shall we. Would Harry have really ever been able to beat Voldemort without her? I’ll let you stew on that for a bit 😉

Meira from Snow Like Ashes is perhaps my most favorite find of the year! She is smart, quick-witted, a bit stubborn, and does whatever is necessary to help save the Winterians. I loved the book from start to finish but without Meira there wouldn’t have been a story!

Lucy Pevensie from the Chronicles of Narnia is all grown up in Voyage of the Dawn Treader and I just love her! She is cunning, smart, brave, and does her best to keep up with the boys! She’s more mature and easily relatable as the series continues and you’ve just got to love that.

Aria from Under the Never Sky is another all-time favorite of mine. After being tossed into the unknown where she faces certain death, she doesn’t give up! She keeps going. She’s brave, courageous, and up to every challenge she comes across including Perry!

Cinder from The Lunar Chronicles is a new favorite. I didn’t start the series until this year and let me tell you I love it! Who knew that a cyborg Cinderella would be so good?! I love the mythology and Cinder herself is just amazing. She’s snarky, cunning, and ready to get her freedom!

Rebecca Dane from The Legacy is one of those characters I won’t soon forget. Here she is, married to the president of the New United States, working for the rebellion in an effort to assassinate said president for the last three years!!!! She’s got some balls on her that’s for sure 😉 She’s smart, kicks butt, and does whatever she needs too to survive and save her family.

Adele from The Moon Dwellers is another new favorite of mine. We first meet her in prison where she is being held as a traitor because of her parents. She’s smart, fast, snarky (which I love), and determined to save her family, but in the process she winds up doing so much more than that! She’s absolutely amazing 😀

What female heroines would make your list? Personally I had a really hard time keeping it to only ten! There are so many more I wanted to add.