In the Field of Grace by Tessa Afshar
Published by River North on June 15, 2014
Length: 290 pages
Reviewing eARC from Netgalley
Rating:

Without wealth or family, the widow Ruth left her people and followed Naomi, her beloved Hebrew mother-in-law, to rebuild Naomi's home in Israel. Provisions gone and starvation at the door, Ruth used all that she had left--a strong back and a willing heart--to gather grain in a field, abandoned after the harvest.

Tormented by others, Ruth is shocked to find the owner of the field watching her. Talking to her. Bringing food to her and Naomi. Boaz tells himself his kindness toward Ruth is repayment for the love she has shown to his cousin Naomi. But his heart knows better.

In the Field of Grace by Tessa Afshar is a retelling of the Biblical account of Ruth and Boaz. The story begins before the Biblical account creating a depth to the characters and giving the story further meaning. Ruth has always been a favorite book of the Bible for me as it tells the story of a young widow leaving everything she knows to follow a God whom she doesn’t know and her mother-in-law into a land that hates her for her heritage. This retelling is wonderfully done, making me love the story even more!

Boaz is a middle aged man who life has dealt a bad hand. At the beginning of this story, he loses his first wife Judith and their newborn son during child-birth. In the ten years since, he has learned to accept his lot in life and follows God’s will to the best he can. His land is fruitful and in Bethlehem he is a rich man. He is kind to his servants and those less fortunate than him. He is in one word humble.

Ruth is a young woman when she meets Naomi and her sons for the first time. An outcast in her family she finds solace with the comfort and love that radiates from Naomi and her God. When she accepts a marriage offer from Mahlon, she is happy and feels love for the first time in her young life. All she now wants is a child of her own. But God has other plans. When Mahlon and his brother die, leaving her childless and a widow, she does the only thing she knows to do, something she learned from Naomi and Mahlon, pray. Uncertain of what the future holds, but knowing she will not part from Naomi, Ruth follows her back to Israel, to Bethlehem and faces the harsh words and hatred of her birth. Ruth is courageous and faithful, humble and modest.

I loved every word of this retelling. The background given about Boaz and Ruth, even if it is fictionalized, has a ring of truth to it, making the story that much more real and relevant. Ruth faces adversity head on and shows kindness to those that would belittle her. She falls in love, she grieves, she suffers, and she loves again.

Overall if you are looking for an easy, uplifting read, I highly recommend this one! It’s beautifully written with God’s love and ultimate plan shown throughout. If you enjoy women’s lit, historical fiction, and inspirational fiction than I believe you will enjoy this book!

Tessa Afshar was voted "New Author of the Year" by the Family Fiction sponsored Reader's Choice Awards 2011 for her novel Pearl in the Sand. Her book, Harvest of Rubies was nominated for the 2013 ECPA Book Award in the fiction category and World Magazine chose Harvest of Rubies as one of four notable books of the year. Her novel, Harvest of Gold was nominated for the 2014 Christy Award. Tessa was born in Iran to a nominally Muslim family, and lived there for the first fourteen years of her life. She moved to England where she survived boarding school for girls and fell in love with Jane Austen and Charlotte Bronte, before moving to the United States permanently. Her conversion to Christianity in her twenties changed the course of her life forever. Tessa holds an MDiv from Yale University where she served as cochair of the Evangelical Fellowship at the Divinity School. She has spent the last fifteen years in full-time Christian service in New England.

Book Blast: The One Who Sees Me by Kandi J Wyatt

Review: In All My Wishes by Ciara Knight

One response to “In the Field of Grace by Tessa Afshar” 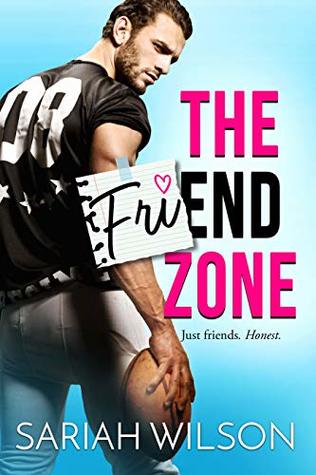