Debbie Macomber has won the hearts of millions of readers with her moving and inspiring stories. Now wedding bells are ringing in the tight-knit community that gathers around A Good Yarn, a store in a pretty Seattle neighborhood. Knitters come to the store to buy yarn and patterns but somehow they leave richer in friendship and love.

Lauren Elliott has waited years for her long-term boyfriend, Todd, to propose, yet he seems more focused on his career than their relationship. When Lauren learns that her younger sister is pregnant before she herself even has an engagement ring, she feels overjoyed yet disheartened. Knowing she can’t put her future on hold, Lauren prepares to make a bold choice—one that leads her to a man she never dreamed she’d meet.

Newly married to her second husband, Max, Bethanne Scranton is blissfully in love. But with Max’s job in California and Bethanne’s in Seattle, their long-distance marriage is becoming difficult to maintain. To complicate matters, Bethanne’s cunning ex will do anything to win her back.

Lydia Goetz, too, is wonderfully happy with her husband, Brad, though lately she worries about the future of A Good Yarn. As she considers how to bring in business, she discovers that someone has beaten her to the punch. Baskets of yarn are mysteriously popping up all over town, with instructions to knit a scarf for charity and bring it into Lydia’s store. Never before has her shop received so much attention, but who hatched this brilliant plan?

As three women’s lives intersect in unexpected ways, Lydia, Lauren, and Bethanne realize that love heals every heart, and the best surprises still lay ahead.

What a treat this book was! I was a Debbie Macomber virgin before this novel and I must say I can’t believe I had never read any of her books before now! This story was just so poignant and sweet and realistic.

Blossom Street Brides by Debbie Macomber is book 10 of the Blossom Street series, and as I stated above this is the first novel by this author I’ve ever read. I didn’t find that it was necessary to have read the first 9, though if I get a chance I will probably due so. The story flowed well and worked as a stand-alone novel, however I’m sure if I had read the first nine there are scenes that would have meant more to me. The author does a wonderful job of interweaving the stories of four different women who happen to share a love of knitting. And did you know this shop (A Good Yarn) actually exists in Seattle? How cool is that?! As a crocheter myself I want to go visit!!! 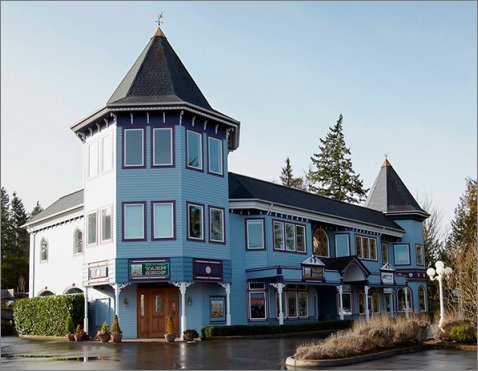 So this particular installment of the Blossom Street Series begins with Lauren whose baby sister has just announced she’s pregnant. While happy for said sister, Lauren comes to the realization that her long-time boyfriend Todd is just never going to marry her and if she wants the husband and kids family that she’s always pictured for herself then it’s time to move on. Eliza is Lauren’s friend and boss, when first we meet her she finds out that her 19 year old daughter is pregnant, which only further resolves Lauren to her decision to end things with Todd. Bethanne has found out she is going to be a grandmother thanks to her son and she couldn’t be more thrilled. Then there’s Lydia the owner of A Good Yarn whose mother is quickly deteriorating in an assisted living facility and her adopted daughter is having disturbing nightmares.

The whole time I was reading this particular book, I kept picturing these ladies: 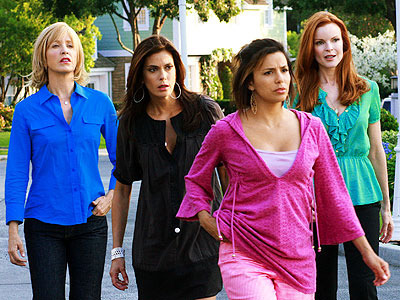 When in reality it’s probably more like this group: 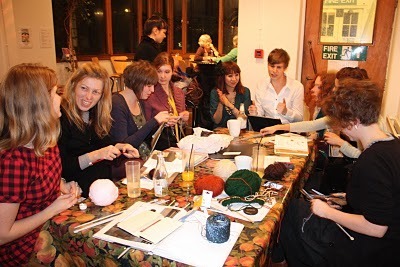 I loved how the stories of these four ladies intertwined to make a happy tale of babies and weddings. And it all started at Lydia’s store with her display of a baby blanket and Lauren and Bethanne wanting to make it. Each lady had their own problems to deal with and I loved how the author told them. Lauren and finding a husband, Bethanne missing her husband, Lydia with her store in the red, and Eliza with her daughter, but then there was also the story of two men. Bethanne’s husband Max and his best friend and business partner Rooster. These characters were believable, their situations and struggles relatable. I could easily picture any one of these characters as a neighbor or friend.

For me personally, this book was just ok. I would give it 3.5 stars. It’s just not my kind of book. I felt like the story itself and the plot were simple and it didn’t hold my attention that well. I found myself hurrying to read just so I could get to the end. Was it that bad? No. Would I buy it for a friend? Yes, if she likes women’s fiction and an easy, clean read. Overall this was a good book, just not my kind of book to get lost in. It’s definitely an easy, light-hearted read and I loved the fact that it was a clean read. I don’t think I read a single foul word and the romance was alluded to between married couples not spelled out word for word like a graphic porno. Again I enjoyed the book, it was good, just not something I personally would’ve picked out for myself. If you like a clean read, romance book definitely give this one a chance!

Debbie Macomber, the author of Starry Night, Rose Harbor in Bloom, The Inn at Rose Harbor, Starting Now, Angels at the Table, A Turn in the Road, 1105 Yakima Street, Hannah’s List, and Twenty Wishes, is a leading voice in women’s fiction. Nine of her novels have hit #1 on the New York Times bestseller list, with three debuting at #1 on the New York Times, USA Today, and Publishers Weekly lists. In 2009 and 2010, Mrs. Miracle and Call Me Mrs. Miracle were Hallmark Channel’s top-watched movies for the year. In 2013, Hallmark Channel produced the original series Debbie Macomber’s Cedar Cove. She has more than 170 million copies of her books in print worldwide.

Blog Tour: The Ghost of You and Me by Kelly Oram