Today I wanted to continue with The Unearthly series by Laura Thalassa. I just couldn’t set these books down! This book begins about one month after the events of book 1, The Unearthly and I highly recommend that you read them in order so that you will understand what is going on. Again if you enjoy vampire books and books with paranormal romance for the young adult audience, you should really pick up this series. I promise you won’t be disappointed!

“In places that know more about heaven and hell than we do, you have a reputation, Gabrielle. To them you are known as the devil’s consort.”

When a body shows up near Peel Academy, all signs indicate the killer is a vampire. Ravaged throat, body drained of blood. At least that’s all it appears to be when the Politia, the supernatural police force, assigns Gabrielle to the case. Now it’s Gabrielle’s job to figure out who did it.

But after a second body turns up with the same lethal wounds, it’s clear that a serial killer is stalking the island. The murders have compromised the truce between the Politia and vampires, and as long as the killer roams free, it is in danger of dissolving. If that happens, no vampire is safe from persecution, not even Gabrielle.

Now Gabrielle must team up with Andre, her soulmate and the one person she’s tried to stay away from, to investigate the murders before the truce dissolves. And keeping her distance is proving to be impossible.

But Gabrielle has a bigger problem. The world of the dead know about her, and their whispers hint that something is coming for her. And it’s coming soon.

The Coveted by Laura Thalassa is book two of The Unearthly series and picks up about one month after book one left off. Gabrielle is now working for the Politia and hasn’t spoken to Andre since the night his mansion burned. After a witch is killed and drained of her blood, all fingers are pointing to the vampires. It’s up to Gabrielle to put her problems aside and work with Andre to solve the case before more people die and the truce between vampires and the supernatural community dissolves.

The dead were not so scary. The living were the ones you had to watch out for. -Gabrielle

Again I love these characters. Gabrielle is really starting to rely on her instincts and learn to use her gifts as a vampire and siren in this installment. Not only that but she confronts her own demons and faces Andre. Oh Andre, how I love thee!!! This character makes a great protagonist and antagonist all at the same time. Inherently he is evil, he’s a vampire. However now that he has met his soulmate, he is starting to have human feelings again and it makes him very adorable! The man in the suit is back and haunting Gabrielle even more, again he is a perfect villain. Super creepy and gives me goosebumps! Leanne, Oliver, and Caleb are also back and I love the humor and irony they bring to the main character’s life. It gives the book a good balance. 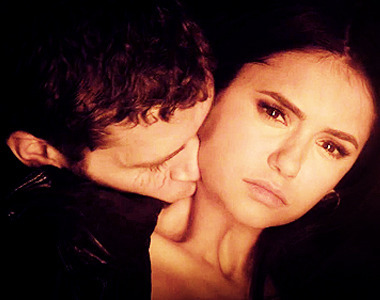 There were so many more things I’d rather be doing than this, such as getting my wisdom teeth pulled without local anesthetic, streaking through Peel Castle during a school day, going in for a pelvic examination with a male doctor. Yeah, I was that uninterested in this demonstration. -Gabrielle

The twists and turns in this book left me reeling! I loved the whole murder mystery tied into the All Hallows Eve festival. It made for a page-turning read. Also there was no way I could’ve predicted this ending. I was left hopelessly clueless until the last page and begging for more! I really can’t wait to see just where the author takes this series. It’s definitely going to be good!

Found in the forest when she was young, Laura Thalassa was raised by fairies, kidnapped by werewolves, and given over to vampires as repayment for a hundred year debt. She’s been brought back to life twice, and, with a single kiss, she woke her true love from eternal sleep. She now lives happily ever after with her undead prince in a castle in the woods.

When not writing, Laura can be found scarfing down guacamole, hoarding chocolate for the apocalypse, or curled up on the couch with a good book.

Review: In a Holidaze by Christina Lauren

Review: Blood and Sin by Laura Thalassa and Dan Rix

Review: The Girl at Midnight by Melissa Grey

2 responses to “The Coveted by Laura Thalassa”